Migos Net Worth: Migos is a popular American hip-hop group from Lawrenceville, Georgia, that was formed in 2009 has a combined net worth of $80 million dollars. This hip-hop group consists of three members Takeoff, Quavo, and Offset. In touring years they are among the highest-earning hip-hop entertainers.

These three talented singers are rappers and songwriters. Other than hip-hop singing, they are singing trap and mumble trap genres. The group only started achieving mainstream success in 2017. As of total net worth is $80 million, which makes individual net worth to be $26.6 million dollars which are among the highest in hip-hop artists.

Migos‘ first album ‘Yung Rich Nation’ was released in 2013. After that, they have released many follow-up albums like Culture and Culture II. Their fame is greatly credited to their singles like ‘Motorsport‘, ‘Look at My Dab‘, ‘Versace‘, and ‘Fight Night.‘

What is Migos Net Worth?

Migos was formed in 2008 by Quavo, Takeoff, and Offset. All three hip-hop rappers are related to each other. Offset and Quavo are cousins while Takeoff is the nephew of Quavo. They all were raised together in Gwinnett County, suburban Atlanta.

Quavious Keyate Marshall aka Quavo was born on 2nd April, 1991 in Athens, Georgia. His father passed away when he was 4 years old. His mother named Edna Marshal was a hairdresser. Quavo was raised by her mother in Gwinnett County together with two other members of the group.

Kiari Kendrell Cephus aka Offset was born on 14th December 1991, in Lawrenceville, Georgia. He is the cousin of Quavo and also raised in Gwinnett with Quavo and Takeoff. Offset is now happily married to fellow rapper, Cardi B.

Takeoff’s real name is Kirshnik Khari Ball. He was born on 18th June 1994 in Lawrenceville, Georgia, and is the youngest member of Migos. Takeoff is the nephew of Quavo. He was also raised in Gwinnett County with Quavo and Offset. 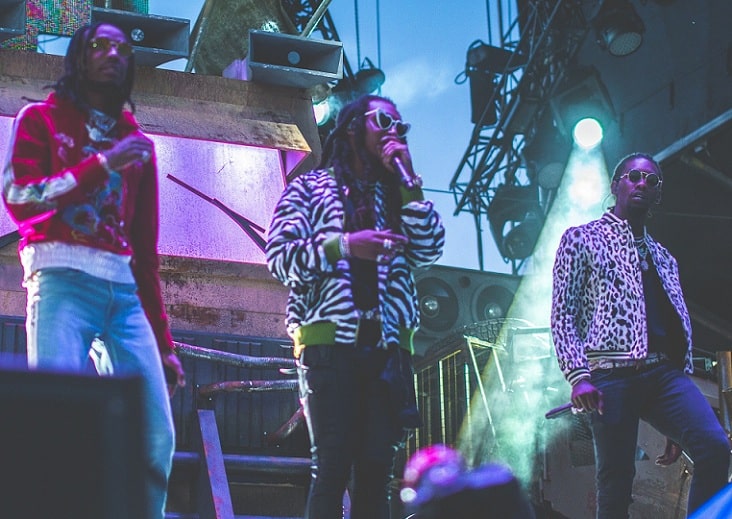 The initial name of Migos was Polo Club which they called themself in 2008. Their first mixtape ‘Juug Season‘ was released in 2011. In 2012, they released the second mixtape named ‘No Label.‘

Migos’ first single ‘Versace’ was released in 2013, but it wasn’t so popular until Drake did a remix on it. In the same year, they released a third mixtape named ‘Young Rich Niggas.‘

2014 was the good year for Migos when they dropped the second mixtape of ‘No Label 2’ in February 2014 and in the same year they also release ‘Yung Rich Niggas 2’ mixtape. After that, they started to grow up because of the deal with 300 Entertainment.

In 2015, a year after signing the deal with 300 Entertainment, they dropped their first debut studio album ‘Yung Rich Nation‘, with the help of Australia producer ‘Yifei Hechen.‘ Two years after their first album released, they dropped their second studio album name ‘Culture.’ After successful release and popularity of Culture they started making songs for ‘Culture II‘ album.

Now they are planning to release ‘Culture III‘. It was supposed to be released in 2019 but due to the Covid-19 pandemic it is delayed to 2020. To keep their fans and followers happy, they released a quarantine mixtape. 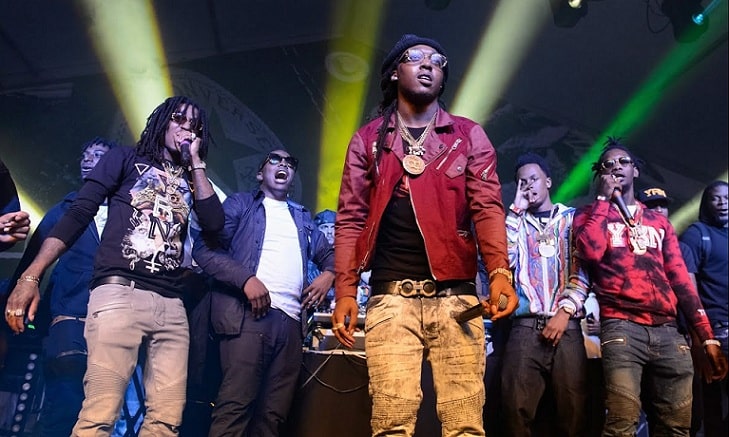 As of 16 May 2020, the net worth of Migos together is $80 million dollars and individual is $26.6 million dollars respectively. We will breakdown their net worth so you can understand easily. When they sign the contract with 300 Entertainment they were earning $40,000 per show. After they parted ways their fee increased to $60,000 per show.

When they joined the Quality Control Record label, Migos were making $270,000 per concert. A year later, they attended ninety-three shows and earned a total of $25,000,000. Currently they are signed with Capitol music record label.

Apart from the concerts and shows, they have a deal with Mountain Dew, a famous soft drink in the world. They were asked to do a commercial of soft drinks through Tv Adverts. They also have an endorsement deal with Avianne Jewelers. There are many companies they have contracted with include; Beats by Dre, Champ Sports, Can-Am motorcycle, and Finish Line.

The group has luxurious mansions and cars. They have the vehicle McLaren 650s Spider which costs at $288,000. Migos has also owned different luxury cars including Bentley, Ferrari, Lamborghini, Mercedes, and Rolls Royce.

All of your Question’s Answers about Migos 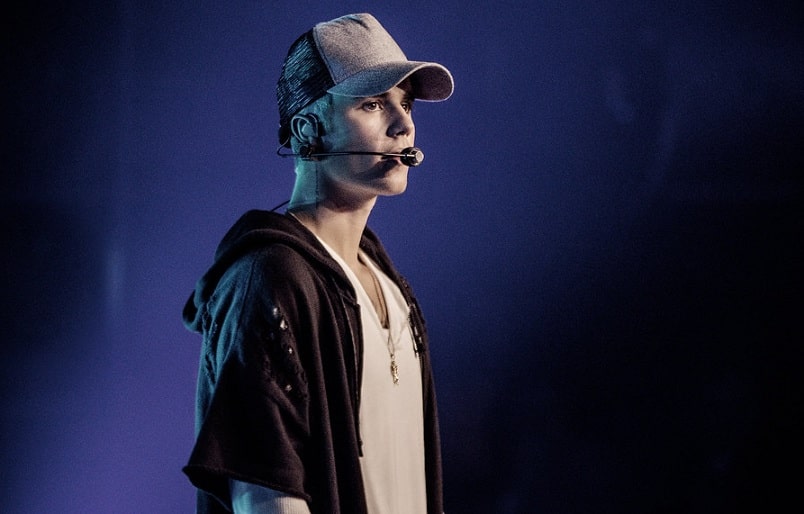 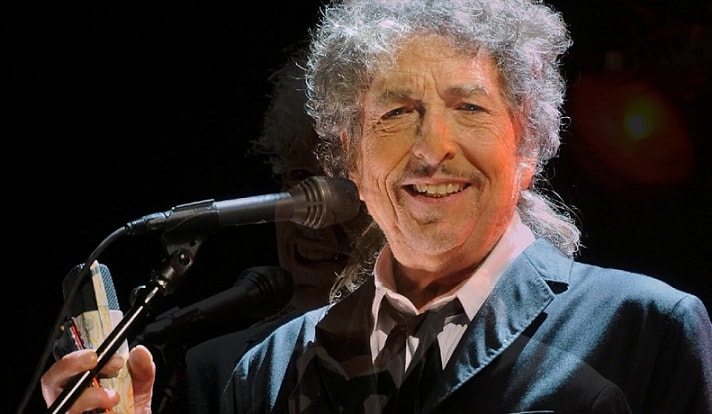 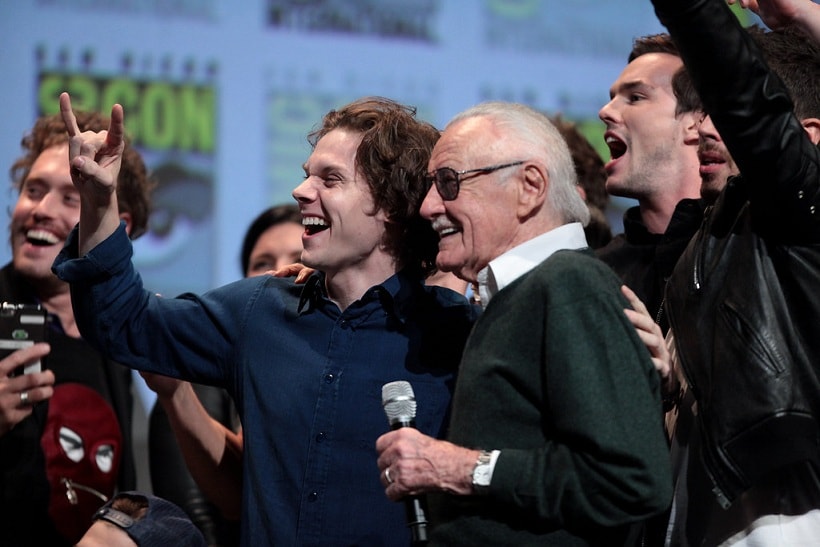 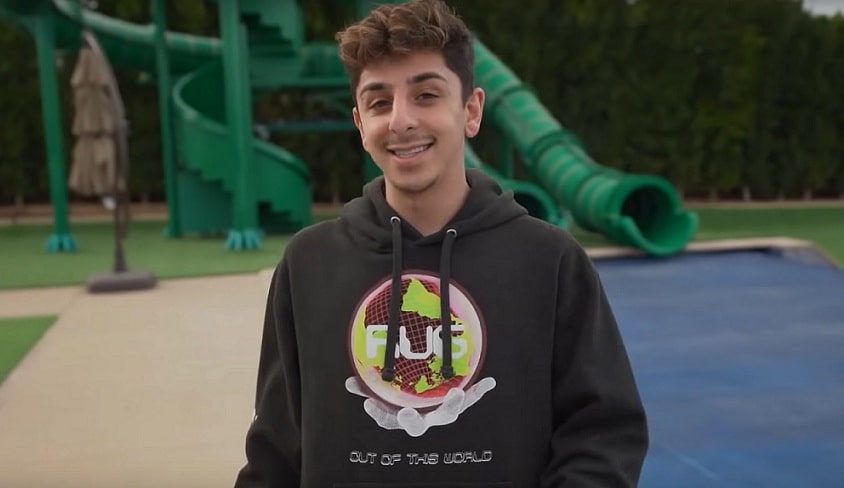